Available dogs at the top of the blog, adopted at the bottom! Be sure to check 'older posts.'

A Successful Rescue, and a Touching Story

Patrick, this blog's founder, received a touching email recently, and we thought we would share it:

My boyfriend and I adopted Minnie, the pitbull in September 2010. I was going through all the older posts on the Shelter Dogs of Portland blog and found her beautiful face on there!

I wanted to give you her story, and let you know why she was scooped up so quickly by us. Oh, to start, we changed her name to Maddie :) 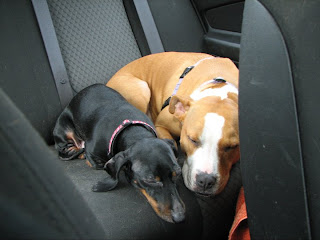 I think it was February of 2010 that my cousin found her running the streets in Corbett and brought her to my house because she couldn't hold her overnight.  We took "Minnie" in to the shelter the next morning. Her owners were contacted and came to get her the following day.

About a month later, someone else found her and took her to the shelter. This time the owners waited 4-5 days to come get her. Finally, in late August, I was driving to my dad's house in Corbett when I saw her running the streets again.

I called her name and she jumped right in the front seat of my car. We knew then that this dog was meant for us. We took her to the shelter and waited anxiously to see if her owners would come and get her. 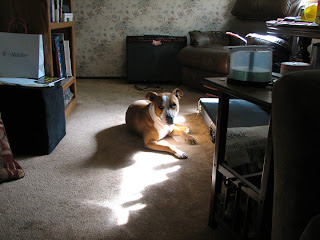 After 6 days they never came and we took her home on September 3, 2010.  We knew she would be the perfect addition to our family, and she certainly has lived up to it. 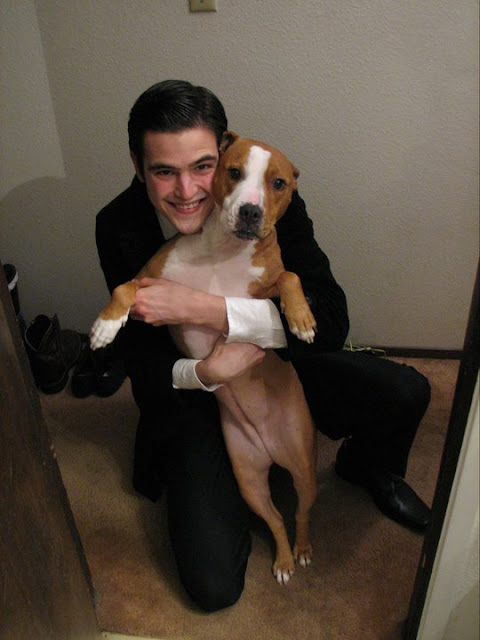 Maddie is an ambassador for her breed. Everyone that meets her loves her, especially the people who were uneasy about pitbulls. 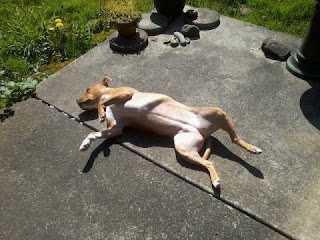 She is quiet, clean, respectful and is the sweetest dog ever. She puts up with Billie's guarding very well and enjoys going to the dog park. She adores my 7 year old sister and loves going for rides anywhere. She gets to sleep on the couch with Billie and sleep in the bed with us at night and has lots of toys to play with all the time. 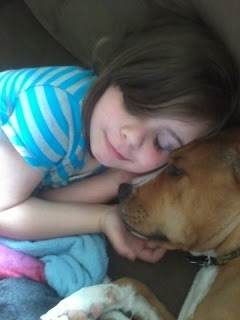 I really love this dog and am thankful to Multnomah County Animal Shelter for bringing us together. 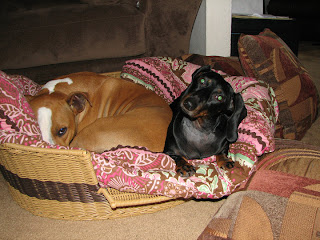 If you know one of the dogs or have something positive or constructive to contribute, please comment. Thank you.

Adopting an Animal is a big commitment that requires a lot of consideration. Each dog has a unique personality and different needs. To see if a particular dog would be a good match for your family or household click on the link to their online profile. You'll be directed to the official shelter or rescue website where there is an in-depth description of the dog. Next, you'll want to come down to the shelter and meet the dog. The shelter hours are posted on this site. Opt to adopt. Your shelter is full of fantastic dogs that make great companions and pets! The "About Adoption" link above also has some great information on adopting.