Available dogs at the top of the blog, adopted at the bottom! Be sure to check 'older posts.'

"Maggie (Ruby) has been a wonderful addition to our little family. She is so playful, cuddly, and gets along with all the grand-babies, the cat, and she absolutely adores her new big brother, Chino. He has been a great teacher. Maggie continues to surprise us almost daily with how smart she is! She's got so much character; a real spitfire, and we love her and her little antics to pieces!" 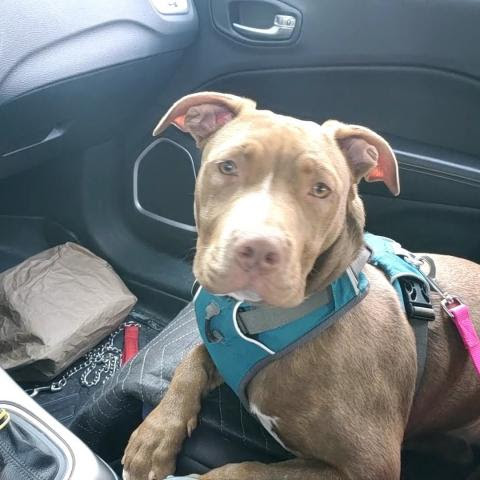 Posted by shelter dogs of portland at 10:26 AM No comments:

"Happy birthday to Sophie, who turned 12 on April 28, 2021. Sophie was adopted from Multnomah County Animal Services in late January. Shout out to Tanya from the shelter who spoke at length about Sophie and how sweet she was; it was all true and more! Sophie is doing great living her best (spoiled) doggo life with her new dog dad in central Oregon and has a few walkers come visit her. She has the sweetest demeanor and loves meeting new people, car rides, playing fetch with the ball, running around like a puppy in the snow this winter, hanging out on the couch watching the fireplace, and naps! She is such a special soul and still very full of life." 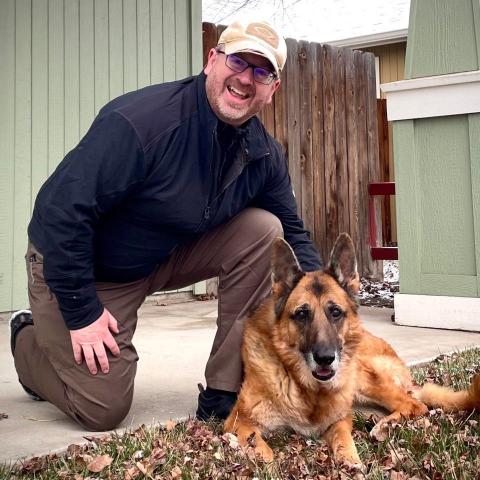 Posted by shelter dogs of portland at 10:23 AM No comments:

"My husband and I thought we had it made in our little house with our two Labbies. Both our Yellow Lab, Huckleberry, and our Black Lab, Bettis, had been born in the country and handpicked at just eight weeks old. Huckleberry came into our unsuspecting and naive dog-less lives like a hurricane, eating and chewing everything in sight. She slept only when her little body finally couldn’t go anymore, and then she’d drop like a narcoleptic. Puppy school helped to train her…and us.

"Huckleberry came with us to get our second dog. She picked Bettis, who happened to be the biggest dog in the litter. A rapidly growing, gentle giant just happy to be petted, Bettis became Huckleberry’s main attraction, taking some of the heat off us exhausted new doggie parents. These two dogs never have known hardship: just twice daily walks; ongoing training; trips to the dog park, the beach, and the river; doggie swimming pools in the backyard; and endless chewies, pettings, and love. Any behavioral issues that came up were only the result of growing pains.

"We had considered getting a third dog after a few foster dogs had come and gone. Then a little, brown tornado flew into our path. Tahoe, a six-month-old Brown Labbie with a curly tail, arrived as a nervous, little foster dog from Multnomah County Animal Shelter. We weren’t sure if Bettis, now a good 50 pounds bigger than Tahoe, was going to accept another boy in the house. But Bettis let Tahoe know, in the ways that dogs do, that Tahoe was the lowest on the totem pole, but he would happily be Tahoe’s big brother. Within two hours of his arrival, we decided Tahoe was the missing piece to our family puzzle. We adopted him within a week, and thus began the long journey to help him overcome his past.

"In the shelter, Tahoe was so ridden with anxiety that they thought it best he go to a foster home. His fear did not allow him to sleep more than five minutes; he’d jump up at any noise, crying and looking out the window—presumably for the owner who never returned. When we’d go outside, he’d dive bomb the windows, desperately trying to get out so he wouldn’t be left again. He ate so fast that we had to start feeding him in a muffin tray with water-coated food to slow him down. He stole apples and bread off the counters if he was hungry and pulled on the leash like a wild boar when we walked.

"However, as days turned into weeks and weeks into months, Tahoe caught the hang of our routine, and little by little, he calmed down. He stopped crying when he saw us go outside and instead just nervously paced back and forth in the window until we came back in. Finally he’d sleep by the window with one eye open as we hung outside for a bit. He became a good little walker, hardly pulling on his leash, and he told us when he was ready to sleep like a big boy with his brother and sister on dog beds instead of in his crate.

"The biggest milestone came a couple years later when he started wagging his tail. Not a big deal for most dogs but for Tahoe a breakthrough. He was finally relaxed enough to have time to be happy. Day by day, his tail wags became bigger, more confident, and more frequent. He even discovered the tennis ball that had been flying past him for a year as his sister endlessly chased it. He learned to retrieve the ball and how to catch it. After being unsure of our doggie pool, he tentatively got in and started splashing around. His favorite thing, though, has always been to cuddle up with us in the morning. He flops next to us and rolls over on his back for a belly rub while gently licking our faces, secure in knowing a walk and then breakfast comes next.

"Over the next years, the three dogs became inseparable. Huckleberry kept busy raising her two little brothers and bossing them around. Bettis was thrilled to nurture his big sister and brother, always reminding Tahoe that he was the upper classman. Tahoe loved being the baby and has always been eager to please us all. We took full pleasure in watching them grow up and seeing how close their bonds became.

"Tahoe is an old man now and reveling in his golden years. His brother and sister passed on a few years ago and he has since come full circle. He is a survivor and his little heart is so full of love, and he knows he is safe, part of our pack, and in his forever home. We feel privileged to have celebrated all of Tahoe’s incremental achievements (like tail wagging), but we are especially excited to say, “Happy 13th Birthday" to our sweet old man!!! We are grateful for the opportunity MCAS gave us to adopt Tahoe and give him a life where he has been so deeply loved."

Posted by shelter dogs of portland at 10:19 AM No comments:

Adopting an Animal is a big commitment that requires a lot of consideration. Each dog has a unique personality and different needs. To see if a particular dog would be a good match for your family or household click on the link to their online profile. You'll be directed to the official shelter or rescue website where there is an in-depth description of the dog. Next, you'll want to come down to the shelter and meet the dog. The shelter hours are posted on this site. Opt to adopt. Your shelter is full of fantastic dogs that make great companions and pets! The "About Adoption" link above also has some great information on adopting.